Just a little less than three days to go to the submission deadline for COUNTERACT [false] ACCOUNTABILITY...

That's still plenty of time to grab some friends, so some brainstorming, and put together a project idea.

Let's face it, there are so many angles that need attention. Just for starters, how [false] accountability is leveraged to:

...and much more besides. There's no end to the damage that [false] accountability does to everyone from students and teachers to parents and taxpayers; from public schools to private and home schools; from average kids to special needs and learning differenced children. The only people that benefit from the this ugly game are public-private partners, who are using it to achieve private agendas of their own. The fact that they tell us that so-called accountability is for our benefit just adds insult to injury.

There are so many communities and audiences that still don't know or understand what's being done to them, much less who's doing it, how, or why. Many are still buying directly into the lies being peddled to them.

Are you content to sit back...? Or will you use your imagination and ingenuity to PUSH back?

Your creativity holds the key to reaching the people around you, the neighborhoods, communities, groups, and other audiences that you know better than anyone.

...one more post in the way of inspiration. Today's the day.

And the theme is humor.

You've heard it said that you can catch more flies with honey than with vinegar...? Turns out that's often true...

In any event, humor has a way of sticking with us. It can also make short work of some of the most serious things. And the folks pushing [false] accountability in education certainly are intent on making sure everyone takes it seriously.

So, today, we thought we'd highlight a few very funny ads, campaigns, etc, that get their point across brilliantly.

This faux political candidacy, brainchild of the folks at Represent.Us, has grabbed attention through parody. It's impossible to watch it and not find yourself laughing out loud at the truths it exposes about political slogans, talking points, disdain, ignorance, graft, and more.

Imagine if someone were to develop something this spot-on in relationship to so-called "accountability" in education...

Imagine it coming through the lips of a mock state superintendent, state school board member, legislator, governor, or corporate CEO. Or maybe something that touched on all of these players somehow. We practically salivate at the impact humor of that sort could have.

Mike Royko is probably the quintessential Chicago newspaper columnist. Since his retirement, there hasn't been another like him. A curmudgeon with a biting sense of humor, Royko was generally on the side of common sense. In Chicago, that usually also put him on the side of the underdog.

In 1976, he wrote a widely read and bitingly hilarious piece that poked enormous fun at Frank Sinatra--who was assigned a full police guard while in Chicago to perform. The letter was so widely read--and hit its mark so effectively--that Ol' Blue Eyes himself got quite worked up about it and sent Royko a letter back. His letter wasn't nearly as funny as Royko's. The fact that he sent it, however, was. Royko get just as much mileage or more out of the fact that Sinatra actually responded. 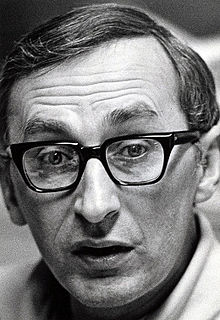 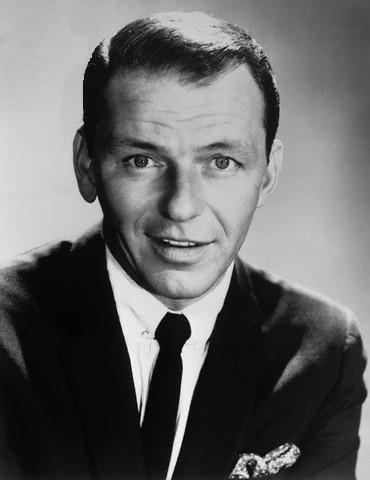 And there you have another benefit of humor. Directed in the right way, it can provoke a valuable reaction--whether that's from your audience, your target, or your broader opposition (which in Royko's case was city administration).

Here's a 2014 article looking back at the exchange.

Most of what we've seen in the way of newspaper coverage, so far, is relatively serious when it comes to debunking accountability and related false education reforms. What if [false] accountability started to be skewered in a way that made people laugh...that made it seem as utterly ridiculous as it is...? What would happen...?

Few have better capitalized on the many targets available for satire than Don Novello. Those who remember the earliest seasons of Saturday Night Live in the 1970s will remember Novello's semi-regular appearances as Father Guido Sarducci, the cigarette-smoking priest and Vatican gossip columnist who famously ran the "Find the Popes in the Pizza" contest.

Less known were Novello's letter-writing adventures, waged over the course of several decades. He wrote to everyone: politicians, dictators, union heads, cronies, corporations--you name it. A huge part of what made the letters so side-splittingly funny was that Novello always wrote in what appeared to be an unassuming manner, under the pseudonym Laszlo Toth. Those receiving the letters generally thought he was a sincere fan. They didn't realize the game that was happening under the surface. However, when scores of these letters--and the responses that came back from Novello's unsuspecting recipients--were bound up together and sold in book form, the gag became very evident, indeed. It's some of the most brilliant stuff we've ever seen. It sometimes helps to know and understand a bit about what was happening in the world in the period in which any given letter was written, but much of the humor is immediately evident. 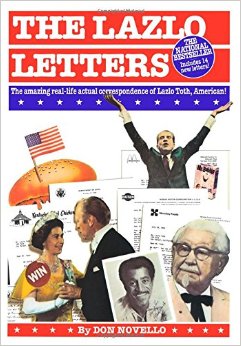 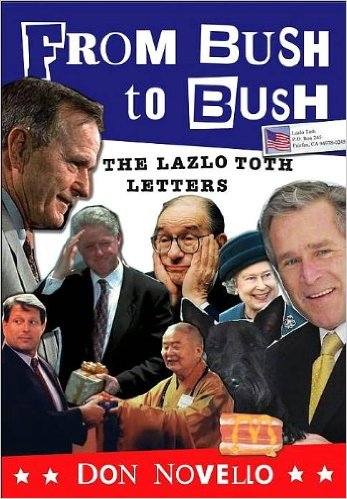 It's hard to choose from among the many examples in the book, but perhaps one of our favorites is a "fan" letter to then-Spanish military dictator Generalissimo Francisco Franco, who sent back the stiffest, most authoritarian-looking photo imaginable...autographed. It was a perfect case of the target himself revealing the truth in a way that no one else could have.

What would happen if we used correspondence in new ways...ways that would both make people laugh and expose the truth of [false] accountability in education?

Remember: David brought down Goliath with just a slingshot and some determination.

If you haven't seen our two previous inspiration posts and need something more to chew on, feel free to take a peek here and here.

Once you've read through the full guidelines for project submission, use the handy online submission form. We're looking forward to seeing your ideas and helping you make them a reality.